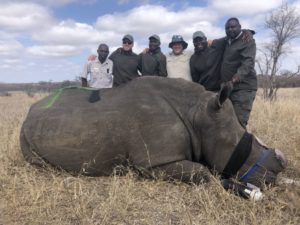 Recently, game rangers from Tintswalo Safari Lodge raised R33 000 to contribute to the cost of DNA sampling and the safe dehorning of a number of rhinos in the Manyeleti. Undertaken by the Mpumalanga Tourism and Parks Agency (MTPA), the pre-emptive removal of a rhino’s horn in a safe, controlled manner is one of the drastic, but highly effective conservation management tools applied to deter poachers. Children from the nearby Cottondale Primary School and Dayimani High School, as well as Tintswalo guests had the opportunity to participate in this important conservation and anti-poaching initiative. The project was a collaboration between the MTPA, the Greater Kruger Environmental Protection Foundation (GKEPF), GRU-Wing, Flying for Freedom South Africa and Tintswalo Safari Lodge.

It is Tintswalo’s mission to engage and work with local communities by raising conservation and environmental awareness through educational campaigns, training workshops and participation in environmental and rhino campaigns in the area.

Tintswalo Safari Lodge also plays an important role in creating awareness amongst guests and international tourists who visit the area and has facilitated generous donations from philanthropic individuals towards various anti-poaching programmes.

Other ongoing initiatives include an awareness programme in conjunction with the local communities in the region, private companies and government departments. The project sets out to develop and educate the youth to protect our precious natural resources by creating an understanding of the relationship between the game reserve, eco-tourism and lodges, South Africa’s natural heritage, the community and jobs – to have a sustainable future for all.

To date, the programme has reached about 2500 school pupils from the 19 communities surrounding the Manyeleti. Once a week, Tintswalo Safari Lodge collects 12 school children and their teacher and drives them to the Manyeleti Game Reserve where they are treated to lunch and a game drive safari experience. Some children have never seen the wild animals that they live so close to, and many have never been inside the game reserve where so many of their parents work. After the game drive, the children are guided through a workshop about rhino conservation, the rhino poaching crises and the link between the tourism industry and tourism jobs. Each child receives a certificate of achievement as an anti-rhino poaching activist, before they return to school.

More about the rhino poaching crisis in Africa

South Africa has by far the largest population of rhinos in the world and has a very important role to play in global rhino conservation. From 2007-2014 the country experienced an exponential rise in rhino poaching – a growth of over 9,000%. In the last decade, 8,889 African rhinos have been lost to poaching. In August 2019, the Department of Environmental Affairs announced that, despite increased anti-poaching initiatives, 318 rhinos had been poached in the first six months of the year. Most illegal activity occurs in Kruger National Park – 19,485 km² of protected habitat on South Africa’s north-eastern border with Mozambique. Kruger consistently suffered heavy poaching losses, and so in the last few years the government and international donors have channelled ever more funding and resources into securing the Park. Although it is encouraging to see South Africa’s poaching levels drop, the losses are still extremely high. A rise in incidents outside Kruger National Park also points to the growing sophistication of poaching units that are gaining a wider geographical coverage and, it would seem, expanding their operations across borders. Poaching syndicates are well-equipped, highly-organised and dangerous – they use helicopters, machine guns, veterinary immobilisation drugs and other sophisticated methods to stalk rhinos and kill them, taking their horn and selling the horn. 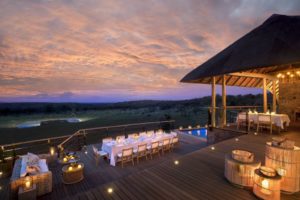 Mhondoro Safari Lodge & Villa has scored a hat trick in the 2019 Haute Grandeur Global Hotel Awards held in Kuala Lampur (Malaysia), having been voted the Best Safari Retreat on a Global Level; as well as Best Villa in Africa; and Best Pool Villa in South Africa.

Located in the malaria-free Welgevonden Game Reserve in the Waterberg (Limpopo), the luxurious 5-star Mhondoro Safari Lodge & Villa is 2h45-minutes’ drive from Johannesburg. It accommodates up to 24 guests and includes a Honeymoon suite and two child-friendly Family suites, as well as an opulent Villa. The award-winning private villa accommodates six guests on an exclusive-use basis, complete with a gym, massage room and swimming pool, and the services of a private chef, butler and guide with a game viewing vehicle.

With a design fusion of African chic and edgy European influences, Mhondoro offers luxury accommodation, fine cuisine, passionate service and breathtaking views. Daily game drives and guided wilderness walks are offered, including visits to ancient rock art sites within the Welgevonden Game Reserve. The 35 000-hectare reserve is known for excellent birding and game viewing and is home to the ‘Big 5’, including a large white rhino population.

Mhondoro’s unique features include temperature-controlled swimming pools to offer all-year round swimming.  To the delight of guests, the environment-friendly salt swimming pools are often frequented by elephants passing by to enjoy a drink. Mhondoro also focuses on the health and wellness of guests with fresh and delicious healthy cuisine using locally sourced produce and vegetables and herbs from its own kitchen garden. Available to guests are an infrared sauna and gym, as well as a Spa to enjoy pampering skin and body treatments, complete with an outdoor spa bath overlooking the reserve and watering hole. Other special facilities include a ‘star deck’ for exceptional stargazing, and a waterhole with underground game viewing hide connected with a tunnel to the main lodge to provide excellent photographic opportunities around the clock. 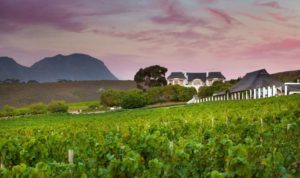 Bouchard Finlayson will once again join its neighbouring wine estates in the Hemel-en-Aarde to present the 7th annual Pinot Noir Celebration, taking place on 24 and 25 January 2020.

The Hemel-en-Aarde represents the unique combination of soil and climate that exists in only a handful of places where the exact balance provides the perfect expression of the elusive Pinot Noir grape, but it is the relaxing and festive atmosphere that sets the Pinot Noir Celebration apart from other wine festivals.

During the festival weekend epicures and wine enthusiasts may explore the Hemel-en-Aarde area and celebrate its most famous varietal with a range of wine tastings, wine safaris and culinary highlights. Guests will find themselves unwinding in picturesque wine country, whilst being informed and inspired by its passionate winemakers.

On the Saturday, ‘The Great Pinot Appeal’ will take guests on a journey through the three Hemel-en-Aarde appellations, touring through the vineyards and tasting the most recent vintage Hemel-en-Aarde Pinot Noirs in their respective wards. This will include tastings of Bouchard Finlayson’s flagship Galpin Peak Pinot Noir. The 2018 vintage exhibits generous texture, moderately rich yet supple. Showing intriguing perfumed dark cherry and wild berry, with espresso infused cinnamon spice adding to the appeal, the wine is deftly balanced, portraying elegance with tannins forming neatly on a lengthy finish.

Late afternoon ‘Many Pinots, One Love’ will see winemakers pouring their best while pondering over a day of great tastes, followed by the ‘Pick of the Pinots’ charity auction with one of a kind lots.

Wrapping up the weekend, acclaimed chef Jason Lilley from Cape Town’s Jason’s Bakery will take the reigns at the all-inclusive Grand Finale Dinner Event to showcase some of the best Hemel-en-Aarde produce available. Guests will be treated to ‘Live’ Food stations and  Wine bars, a delectable dessert spread and entertaining local live acts, amongst many other delicious treats.

Tickets are available for the 2-day event (R2995pp), or the ‘Taste of Hemel-en-Aarde’ @ Pinot Noir Celebration Grand Finale Dinner Event (R795pp) only. For bookings and more event information, visit: https://www.pinotnoircelebration.com/ 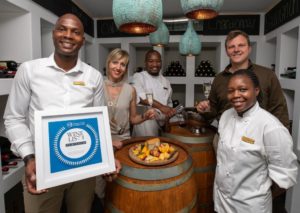 Mhondoro Safari Lodge & Villa has won a coveted Diners Club Platinum Winelist Award for the third consecutive year. The luxurious 5-star safari lodge was the only Diners Club Winelist Award winner in Limpopo province this year. 205 Restaurants from around the country submitted wine lists for judging by a select panel led by the publisher of the Platter’s by Diners Club Wine Guide, Jean-Pierre Rossouw.

Located in Welgevonden Game Reserve in the Waterberg, Mhondoro has been widely recognised for its unique culinary offering that focuses on a healthy food concept, complemented by an award-winning wine list. It distinguishes itself from other safari lodges with the style and quality of fresh, home-grown and beautifully plated food, presented in an exciting, modern African style.

General Manager Ronel Breytenbach curates the wine list, which is updated every six months with the assistance of Winewise.‘We are proud of our wine list which provides the opportunity for our local and international guests to get a taste of the top quality and exciting variety of wines that are produced in our country. We like to support the smaller boutique wineries and showcase some rarer wines such as the Sadie Paladius and Sadie Columella. Our wine list also features popular favourites, including Meerlust Rubicon and Chocolate Block, but we’re particularly proud to include some of South Africa’s unique blends and lesser-known varietals, such as the Oldenburg Granache Noir, Trizanne Signature Wines Semillon and Stark-Conde Three Pines red blend.