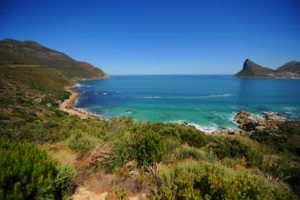 Tintswalo Atlantic will re-open for business no later than 1 October 2019, following the devastating fire of 5 February 2019, which destroyed half of the luxury resort on Chapman’s Peak in Cape Town. The owner and Tintswalo Lodges CEO Lisa Goosen says that the site clearing has started, and construction is expected to commence in March.

Caused by kitchen equipment failure, the fire wiped out the main lodge bar, kitchen, dining room and lounge areas, as well as one of the 11 guest suites. All guests and staff were safely evacuated after the early-alert fire system was activated and staff on duty fought the fire in the early hours of the morning while the emergency services were called in. The fire department arrived shortly after and with the help of a firefighting helicopter, managed to contain the fire within a few hours.

Four years ago (March 2015) the entire lodge burned to the ground when a runaway veld fire destroyed huge swathes of natural vegetation, homes, and businesses all over the Cape Peninsula. Through sheer determination and with the help and support from staff, neighbours and local businesses, the lodge was rebuilt in eight months, to re-open in October 2015.

Goosen says: ‘Like the fynbos plant, the fire lily (Cyrtanthus ventricosus) which flowers miraculously within days after a veld fire, the Tintswalo team is resilient. This second fire was a huge set-back, but we have once again dusted ourselves off and are focusing on the rebuild and rebirth of Tintswalo Atlantic, and look forward to welcoming guests back by October (2019).’